Remembering First Communion
Why Catholics Fast: Searching for the Tradition
Overlooked Narrators: What Women Religious Can Contribute to Feminist Oral History
Mothers, Daughters and Women Religious
Hikers'Idyll Nestled in the Dolomites
Requiem for a Clown 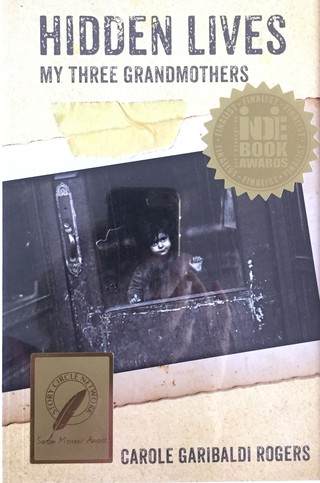 Rogers is at work on another book, furthering her exploration of her grandmothers' lives.

"….The catalyst to Rogers' long effort was the stunning revelation that her mother, Rita, was adopted. Rita had once been a little girl named Becky. That family secret came as an astonishing mid-life blow to Rogers, who was deeply hurt that her parents never shared such important history with their only child. Coming to terms with this strange reality engenders a mix of emotions including anger and even self-doubt as she wonders how she could have missed clues, and she finds herself filled with questions. …

"It is her determination to understand, to try to feel what her parents and grandparents might have felt, and to see all of the people involved with a fresh and open eye, that made Rogers' story emotionally compelling for me. I admire her tenacious curiosity and courage, which takes her to new places, brings her close to family she'd never known, and closer to her own husband and sons….

"I won't be a spoiler and give details, but it's fair to say that Rogers' book touches on Jewish, Catholic, Russian, German, and Italian immigrant experience with a specificity that is illuminating… "


"What a beautiful story! A combination of quest, memoir, rumination, history and detective work, it leads in the end to a precious discovery, the gift of self. The author uses powerful imagination to bring the tough lives of her unknown grandmothers to life. Her writing resonates on many levels."

"Rogers's inner yearning and external search for genuine family history are eloquently and tenderly revealed as she unfolds the mysteries of her grandparents' lives." 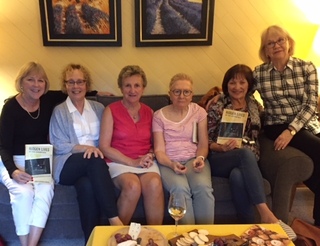